Get more loot per attack!
Production buildings now have goodies inside. Crush them to max out your loot!
General bug fixes and optimizations.

Sound the call to battle and join legions of players online in a battle to control the Roman Empire! Total Conquest is an exciting and strategic social game where you are a Roman governor developing your own city-state and army. But with Caesar dead, you’ll need to join a powerful Legion -- or forge your own -- to defeat your enemies, protect your lands, and reign supreme. Vae victis!

BUILD A MIGHTY ROMAN PROVINCE
√ Build and manage your own unique city-state
√ Defend your city with Towers, Traps, Walls, Gates and garrisoned units

FIGHT EPIC BATTLES
√ Hire, train and upgrade 10 different unit types, each with a specific role
√ Take on a challenging solo campaign and develop conquest strategies
√ Battle players from around the world and lead your army to victory

This app allows you to purchase virtual items within the app and may contain third party advertisements that may redirect you to a third party site.

Get ready for Tank Battles! This is General McTankerson, the greatest tank commander in the world speaking! Many have come to my island for the Tank Battles Tournament, but only one can be crowned the Tank King. Will it be you? Roll out and let the Tank Battles begin! Customise your tank, enter the battlefield and destroy your opponents! Tank Ba…

When the entire world is at war, bold generals rise to the challenge and lead their armies toward Global Conquest. The time has come for you to strike! Do you have what it takes? Build your base, dominate regions of an actual real world map, and lead your faction to conquer every nation of the globe! You are a lone military force in a world comple…

Optimized for the 4-inch Retina display on iPhone 5. Gameloft has harnessed the power of the revolutionary Unreal Engine to bring unimaginable battles in real-time, full-3D graphics. Live the unforgettable journey of Sir Lancelot as you never have before! King Arthur has gone mad, fueled by his jealousy toward Lancelot for romancing his wife, Qu…

You’ve conquered the trail, now it’s time to tame the frontier! Experience the next step in The Oregon Trail story, where you and your family can finally settle down and build a new home in the Wild West… ***** “Very addictive. I can't put my phone down” ***** “Great combination of building, socializing, and side games” ***** ”Love it! This game…

Optimized for the 4-inch Retina display on iPhone 5 *****This game is the perfect combo of working for advancement and reward. *****I have been waiting FOREVER for a medieval themed city-building RPG to come along and at long last, Gameloft has answered the call! *****Awesome game can't stop playing it!! In Kingdoms & Lords, the peace and quiet o…

Rediscover the Order & Chaos universe in this FREE collectible trading card game (TCG) that lets you battle with evil forces in many adventures or against real players for leaderboard supremacy. The ancient demonic spirit Zepar and his Corruption have returned to use the world as their twisted, wicked playground once again. Create your great hero,…

LOCK AND LOAD! The evil KRA forces have attacked our nation, threatening the entire free world! As one of the greatest military leaders on Earth, you must take action to save us all! In this all-out modern-war strategy game, you will battle across the globe, in the sea's depths, on the ground, and in the air, following a deep solo campaign and fig… 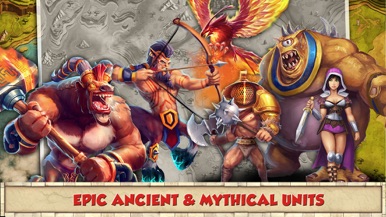 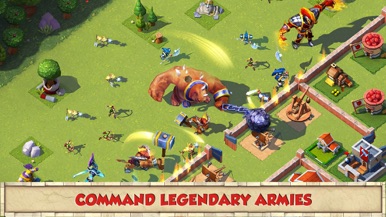 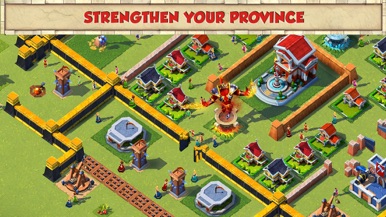 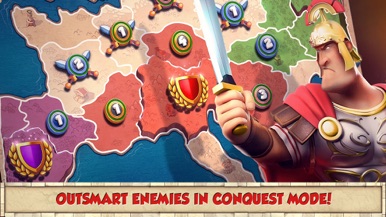 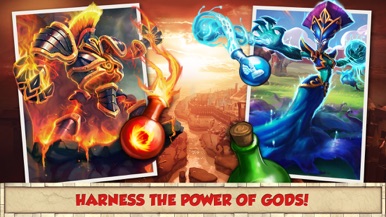