1. Insane Dungeon 8 unlocked.
2. Exchange events will now be shown in the new "Festival" tab.
3. Improved battle verification.
4. Changed the reward display in "Here Be Monsters" and "Heroes Trial". (Chest will no longer be shown.)
5. Changed the visual effects for Hero Hiring.
6. Red Crystal capacity changed to 50 million.
7. Increased maximum slots in the Warehouse by 10. (Max 380 slots)

Packed with exciting combat and fast-paced strategy, Castle Clash is a game of epic proportions! Hire powerful Heroes to lead your army of mythical creatures. Fight to become the world's greatest warlord. Put your strategies to the test in dungeons, raids, and more! With over 100 million players worldwide, it's always time to clash!

Game Features:
* Build an impenetrable fortress!
* Choose from many different units to create the ultimate army!
* Collect and evolve dozens of powerful heroes!
* Assemble your favorite heroes for "Squad Showdown".
* Become best buds with adorable Pets!
* Battle fearsome bosses with friends from around the world!
* Join Fortress Feud for Guild-on-Guild fun!
* Exciting co-op and PvP modes, more than any other mobile strategy game!

Might and Glory: Kingdom War is a new online strategy game for everyone who loves classic fantasy and epic battles. Build your own magnificent castle, assemble an army of mighty heroes, participate in guild raids and smite other players with swords and magic! A beautiful kingdom flourishing under your reign will turn into the centre of a rigorous…

True strategy unfolds as you meet hundreds of REAL HEROES with unique skills. Join arms with your friends to fight in spectacular guild wars against players from all around the world! Customize your favorite Hero and dive into endless battles with your own unique combination of Troops and Heroes! Build your village into an impenetrable fortress…

Your world is in chaos! Your once great kingdom now fights for its life against a scourge of mighty monsters! Treasure-rich lands need a hero forged in fire and magic; a giant among mortals with steel for muscles and courage for blood! Winning back these lands and restoring your kingdom to its former glory will require a brilliant strategic mind, d…

There is only one empire left in the world, which is considered as mankind’s only hope. Here, brave heroes have joined hundreds of wars, all they want is protecting the king and people behind them, also they are writing their own legend with blood and glory. Now, it’s your time to join the battle, form a team of super heroes to save the empire and…

The empire is no more. Peace has been shattered by the ambition and greed of Lords seeking power. The world has split into factions and Guilds, and Monsters and Darknests are appearing more and more frequently. A war is starting, and the time for powerful heroes has come... Restore the balance of power by creating the biggest empire ever! Recruit…

Battle kings, fight enemies, conquer kingdoms & build an army with real time PVP strategy in CoK, an epic MMORPG war game. Conquer kingdoms in the epic war game that pits your army against friends and enemies from all around the world. With 3 new civilizations and a new Popularity ranking feature, Clash of Kings has even more PVP territory to expl… 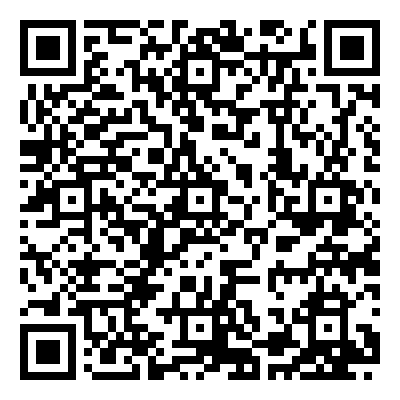 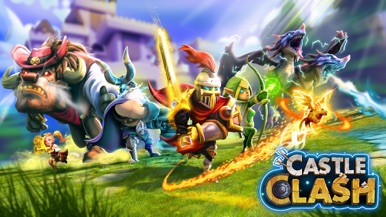 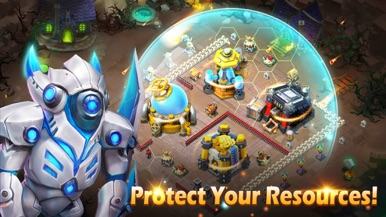 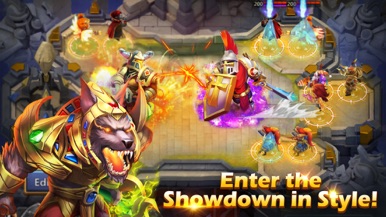 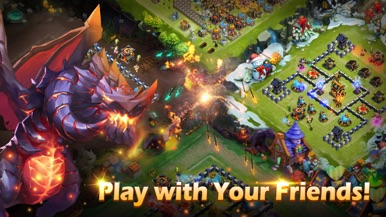