Sniper FPS shooting elite killer is the most thrilling and dangerous FPS action packed game. This game FPS view is offers you immersive and realistic hot shooting experience. This game gives you best shooting opportunity to kill enemies in city arena. Enemies are in your city and they are walking around streets of city with power full assault guns.

Don’t hesitate to kill them with your sniper rifles. You take the role of sniper in sniper's nest and take the shot of enemies that around the city streets.
Aim and shoot! The time for dialogue is gone the time for extreme war action is now so Load out your sniper rifle, hold your breath, pull the trigger, hit on target and eliminate a mob of dangerous enemies at street to be a real contract killer like a hit-man. Hide in buildings and corners to not found by these enemies.

Arm yourself with deadly assassin sniper rifle during covert killing mission. To complete level shoot enemies in dark with modern sniper rifle to advance in next level. This game provides you different modern sniper rifles to shoot enemies, use these modern guns and become an assassin contract killer. Show your accurate sniper shooting skills and get head-shot for preserve your ammo. Aim to get cap of every enemy to finish their crimes and protect your city. To complete your level you need to shoot and kill all enemies in given time. Quick target and shoot before they will shoot you, if your health is depleted you will lose.

Game has multiple critical missions to check your sniper shooting skills. Use your shooting skills and tackle different challenge and situations. Realistic city environment and brutal enemy animation based challenging game. Each oncoming mission will become different and tough so; hold your nerves and shoot till end.

Realistic and 3D first person street sniper shooting game. Where user has critical and deadly mission to kill terrorist with different weapons. Aim and shoot bad enemies to save your city and become a best shooter. To be a hunter empire targeting ill-fated enemies to your country. iPhone smart phone game lover will enjoy running this street sniper shooter game. Enemies want to block your city runway and showing aggressive behavior with citizens, so you are solo person to stop them with your excellent shooting skill.
Don’t miss a single bullet otherwise you will lose your target. Enemies will come in waves and they will start nonstop firing and you should save yourselves and stick to kill these gunners. As an army commando you have all the resources modern weapons, bullet proof jacket, guns and hand garn ate.
Equipped with real-life 3D graphics and shooting sounds, this shooting game gives a professional experience. Use your limited ammo carefully and kill the enemies at a distance with sniper zoom camera before they get a chance to aim at you. The enemy is aware of your presence when you will fire them so take your first shot carefully because the moment you fire it, your gunshot will be heard and the enemy will be upon you before you know it.

The city streets are packed with bad guys. Take on the role of a one man army, driving tanks, flying fighter jets, helicopters and shooting your way through to destroying the enemy territory from inside out. Indulge in an intensive third person shooting experience and save the world from the Shadow Lord!

Take up the challenge and battle in explosive scenarios against enemies that does not hesitate to shoot. You are to destroy the Shadow Lord who is planning on taking over the world with his evil minions at work. Pick up enemy weapons, med kits and armors to use them in each level against the enemy.

▶ Touch! Touch! Touch! ▶ You do not have to be afraid of defeat - PVP ▶ Siege Tank Hero     Powerful dealer with strong oriental medicine ▶ Grenade Bottle Hero     Auxiliary dealer with small but powerful attack power ▶ Cyberdron Hero     Automatic attack and box opening is the main function to solve the problem More than 10 guns, bullets, gre…

Tons of Bullets **Top #10 Hot Games Touch Arcade** A super retro 2D pixel platformer adventure infused with tons of bullets and tons of features! Fight as Kenji the Ninja and embark on his adventure to save his girlfriend who is kidnapped by his nemesis, Dr. Mad. Jump! Shoot! Swim! Do whatever it takes to save his loved one in this action packed 2D…

This calculator can solve long mathematical expressions and has the most required actions. There are percent, root, exponent. Trigonometric and logarithmic functions. All actions are accessible in both portrait and landscape mode. The input field has an active cursor, so you can make edits in any place without clearing it. Also, there is a histo…

Dazz camera, your pocket photographer. No need for post-editing, the most realistic film photography is instantly presented with a single click. The Dazz camera is inspired by the retro film camera of the 80s. Based on the film proofs, we 100% restore the color, texture and noise of the film. There will also be interesting light leakage effects.… 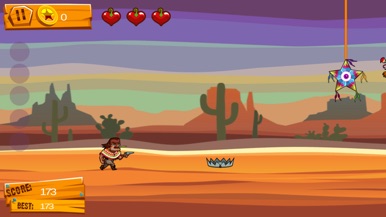 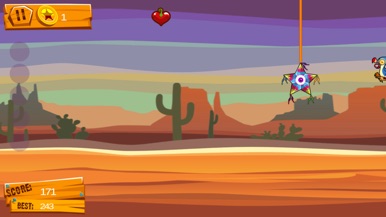 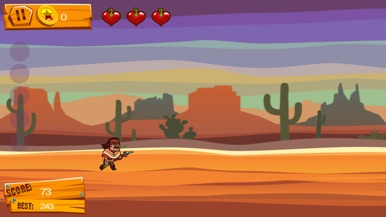