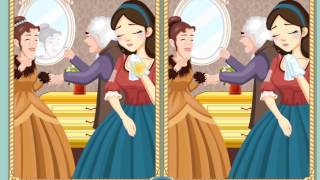 Now you can be Cinderella and learn all about her! Once upon a time there was a girl called Cinderella. Her mother had passed away and her dad got remarried to a woman with two daughters of her own. The woman and the two daughters made Cinderella work as a maid, cleaning the house. One day there was a large ball held by the country's prince. Cinderella was invited but couldn't come because she didn't have any beautiful dresses. She cried of sadness and disappointment... Play the game and read how this story ends. By spotting the differences between the pictures you will read the fairytale little by little. In the accompanying video you can see how you play the game.
Do you know the story of Cinderella? Once upon a time there was a girl. After her mother died, her father got married to a new wife who had to daughters. The wife and the two daughters were very mean; they treated her unfairly and let her do all the dirty jobs in the whole house. One day, a letter of the king arrived, inviting all the pretty girls in the country to come to his castle. This would allow his son to choose the most beautiful girl of the country to get married with. Cinderella wanted to go, too, but the mean stepmother only offered a nice dress to her own daughters. Of course Cinderella couldn't appear at the king's castle wearing her old rags! When the stepmother and her daughters had left to the castle, a good fairy came to Cinderella. The fairy conjured up a beautiful ball gown and glass slippers for her. A pumpkin and two mice were transformed into a carriage with horses, but Cinderella must promise that she'll be home at 12 o'clock: after, the magic would be broken! At the castle the prince fell in love with beautiful Cinderella, but nobody knew who she was, even her stepmother and stepsisters didn't recognize her. Then the tower bells sounded twelve times and Cinderella rushed to get home. On her way, on the castle stairs, she lost one of her glass slippers. The prince traveled all through the country, in search of the girl whose foot the slipper would fit on. Each girl tried on the shoe, but the only one whose foot it fit on was Cinderella. The prince took Cinderella to his palace, where they got married and lived happily ever after! She has never had to clean anything again... In this game you'll read the whole story. Find all the differences and go for the highest score.
To play on your pc or laptop go to: http://www.mary.com/cinderella-find-the-differences.html 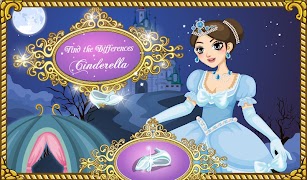 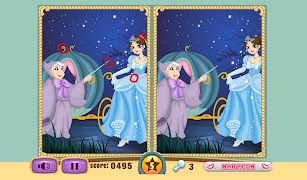 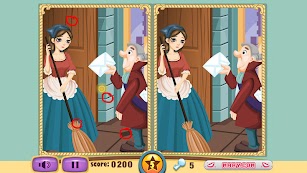 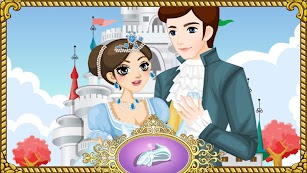 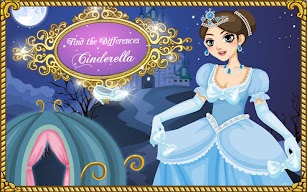 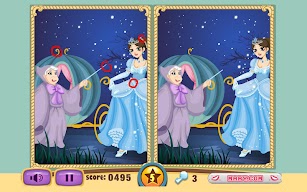 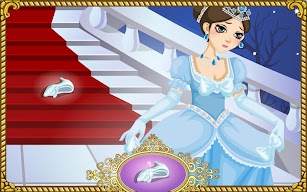 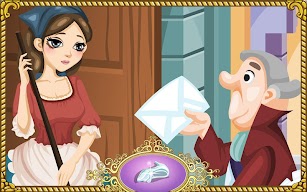 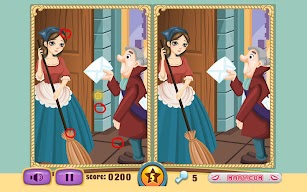 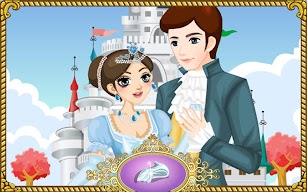 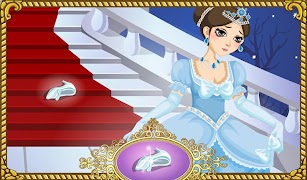 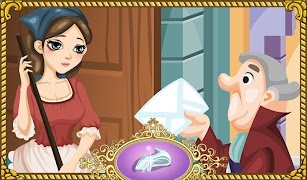 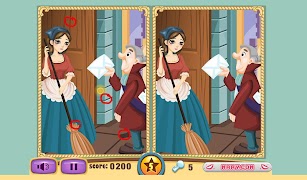 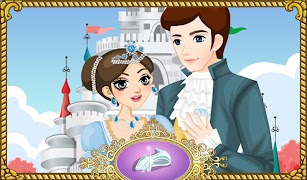 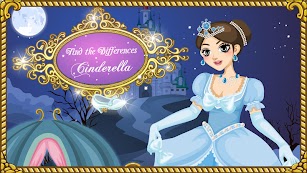 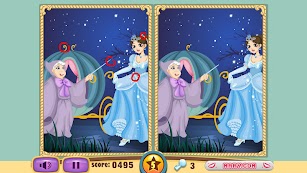 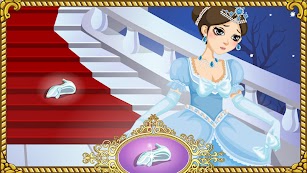