Now available for all of you Garfield fans, is the Garfield’s Defense Live Wallpaper. See Garfield and friends tackle the alien’s right on your wallpaper.

The Garfield’s Defense Live Wallpaper brings with it an additional feature for those players of the game. The cookies that can be found after defeating an enemy can be transferred over to your game. So using the wallpaper will aid you fight, and help you progress through the game.

- Bring Jon and Odie into the fight!

With Jon and Odie fighting alongside Garfield, you can earn more cookies and also battle the aliens who appear while Garfield is sleeping.

Any cookies earned in the wallpaper can be transferred and used in the Garfield’s Defense: Attack of the Food Invaders game.

The wallpaper follows your day-night cycle, and during the evening Garfield will fall asleep. No aliens will bother him, but no cookies will be found either. But if you have Jon or Odie, they’ll continue the fight even after the sun has set.

You too can help Garfield fight the aliens. You can tap any aliens that appear which will make them stumble, tap them enough times and you’ll knock them out for the count, and the cookies they drop are yours for the taking. Be careful not to hit Garfield though!

The Garfield’s Defense Live Wallpaper is a perfect companion for any Garfield fan, and it can be downloaded for FREE on Google Play.

Slide tiles, sum numbers, and train your brain with Squademath, the most challenging number game ever! Test your math and logic skills with an original and tricky puzzle, combining colors and numbers. Slide the colored squares in any direction, sum up numbers and try to reach the target before time runs out. Rules when a square is pushed out, a…

Just Ant & Bug Smasher!! This is the best insect smashing game for all ages, kids boys and girls. tapping insects can be an addicting experience. Relax and put your mind to white by fast clicking on bugs to smash & crush & squash them! with your finger. Use power ups to increase your records & compete with friends to get to the…

European style fruit machine with a skill based gamble mode. It's a traditional three reel casino fruit machine with an easy to use interface. This slots game has lots of awards and achivements to be attained for the great gambling decisions and the amount of credits collected. Fruit Machine is an excellent choice if you like British fruit ma…

HEY KOREAN HeyKorean is an application that you can use to make new friends and connect with Korean people near you. We hope that by using HeyKorean, you can make a potentially difficult and lonely life overseas more enjoyable. - HeyKorean offers full support in both Korean and English, so Kyopos and foreigners interested in Korea can use HeyK…

Add some fun to your life! Let your day start perfectly with the best live radio that will take you to an incredible music journey. Download free Android App Online Radio Free! Available features: - Listening without headphones - Set a radio alarm clock - Set timer and sleep timer so that radio station turns off itself - The widget of the app… 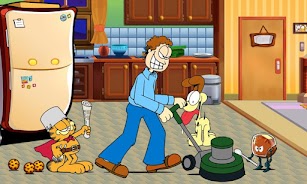 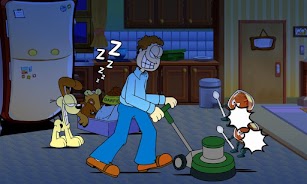 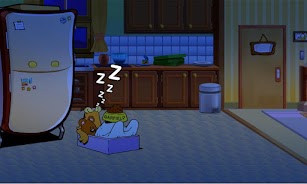